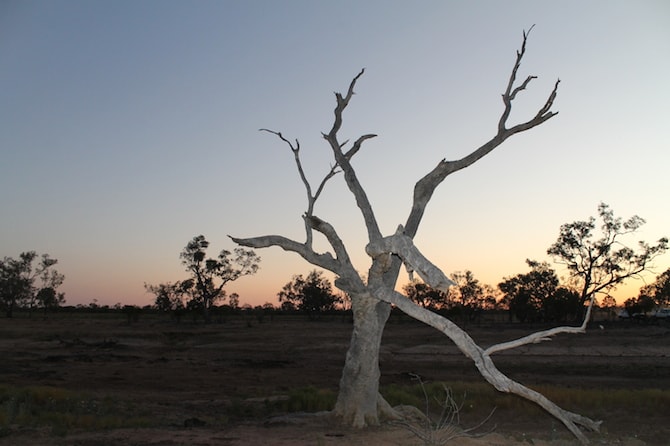 On September 20, after a 10 hour drive from Brisbane with an overnight stop at Moonie, Brett and I arrived at Murra Murra near Nebine (between Bollon and Cunnamulla), the traditional land of the Kooma people. A large portion of this land is now an Indigenous Protected Area (IPA). 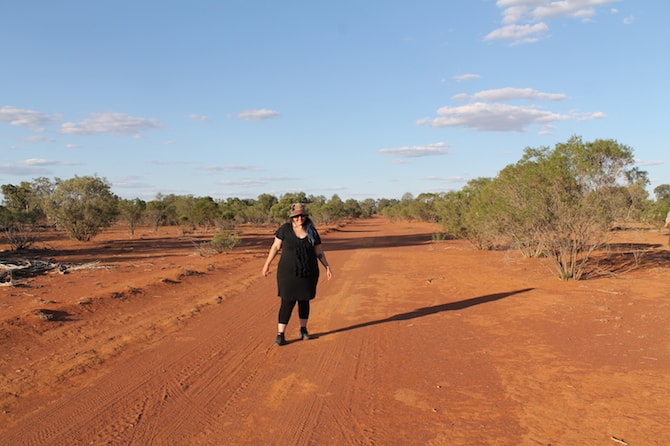 We enjoyed a warm welcome from the Kooma people and spent three nights and three days camping in this harsh climate at the mercy of evil bindies, bush ticks, dust and an inflatable mattress that refused to stay inflated.

Despite the challenges, we had a wonderful time touring these ancient lands and learnt so much about looking after country and nature. 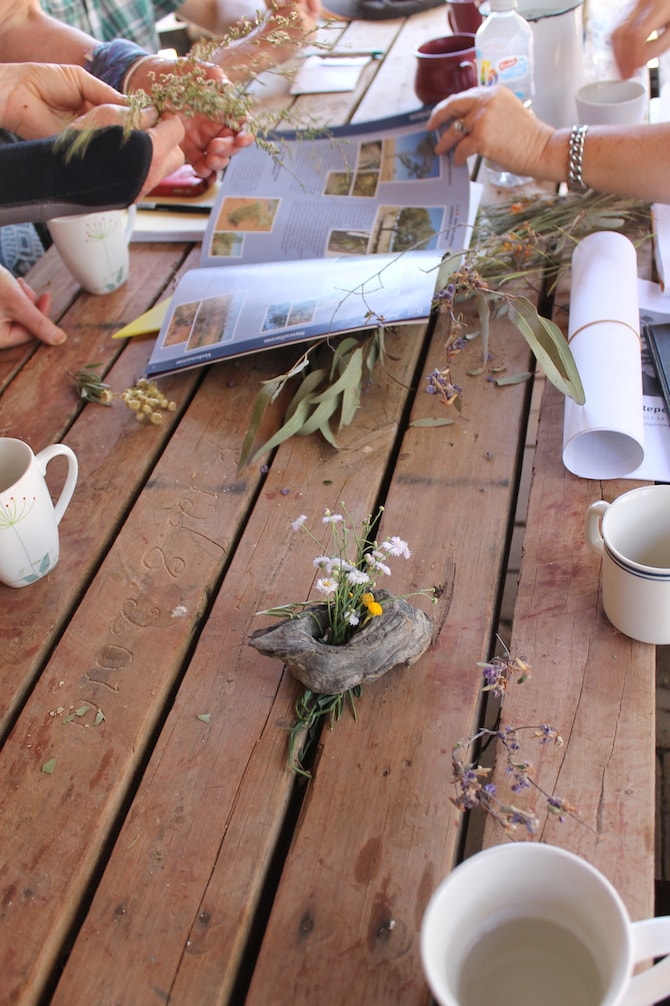 My favourite part of the Kooma Green School were the tours of the land by the generous Ranger Geoffrey Drury who is a Kooma traditional owner. He showed us ancient tools, axe and seed grinding grooves, fish traps, wells and native orange trees. 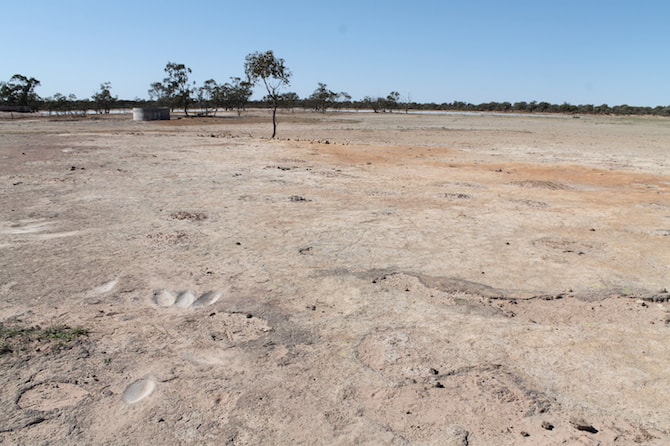 We also visited an old sheep station and visited a very cool 10kW system that generates a stack of electricity and funds for the community. We also saw the site (once powered by the solar system) where Geoff and his family lived for quite some time in an old homestead that was apparently adorned with chandeliers and an old grand piano. Sadly for the family, the home burnt down. 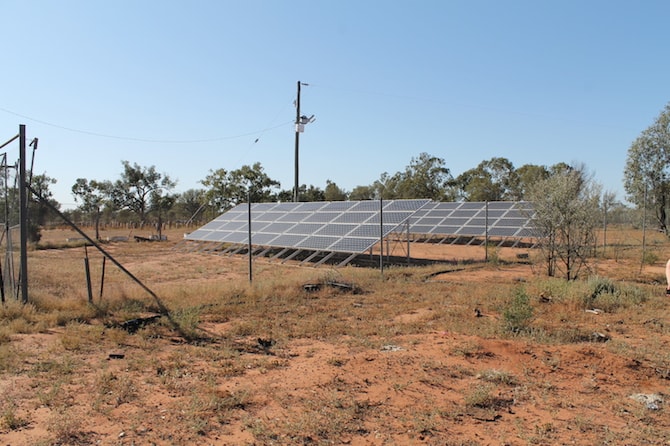 Brett brought Larrikin Puppets to Murra Murra, performing a puppet show on the Sunday which went down well with the kids and adults. Most well behaved little ones he’s performed to in ages. 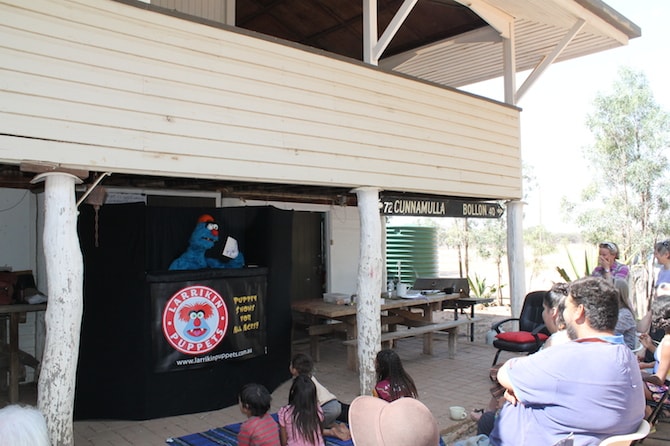 The other grand old homestead, where the Green School was hosted, is now quite ramshackle but oozes character. It was like something out of the movie, Australia, with its tall palm trees, rose bush remnants and discarded tennis court. 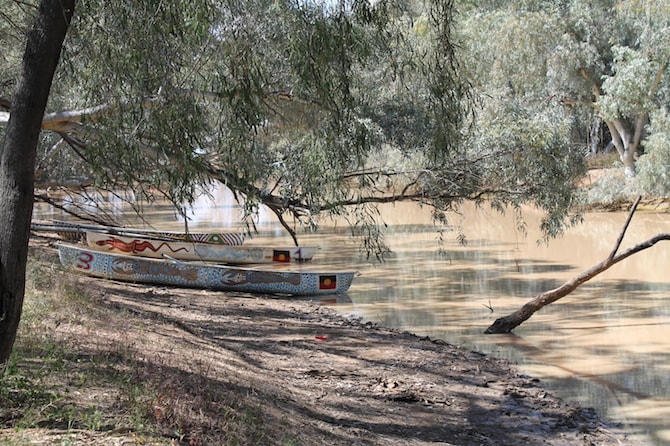 Brett and I are pretty keen to visit again, but we reckon we might skip the camping next time. It’s not really our cup of tea.

One thought on “Talking About Country: Kooma Green School”