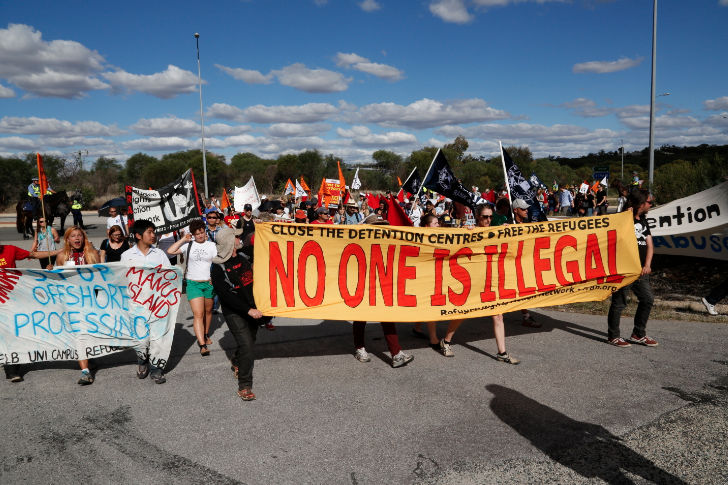 Given the campaign material that arrived in my mailbox yesterday from the Liberal Party (authorised by Queensland Senator George Brandis), it seems Malcolm Cole has no desire at all to win the Federal seat of Moreton.

The language used on the flyer is one of hate, not of compassion. The flyer propagates fear of refugees rather than understanding and acceptance. Hate and fear is not the language of the residents of Moreton. Who does Malcolm think he’s talking to?

The flyer talks of ‘Labor’s illegal boat arrivals’. Asylum seekers who arrive in Australia by boat are not doing anything illegal. The UN Refugee Convention (to which Australia is a signatory) stipulates that people arriving without a visa should not be treated as illegal if they are seeking asylum. This means that it is incorrect to refer to asylum seekers who arrive without the authorisation of a visa as “illegal”, as they in fact have a right to enter Australia to seek asylum.

To further this mischief, the flyer claims: ‘Every illegal boat is costing you $12.8 million’.

If Malcolm Cole and the Liberal Party were truly concerned about the cost of asylum seekers to taxpayers, they wouldn’t support mandatory detention. They would instead support the more affordable and compassionate alternative solution – community-based accommodation.

The annual average cost of a community release programme is $10,400 per person, compared to more than $137,000 if an asylum seeker is kept in a detention centre.

This is Greens policy and is the more affordable – not to mention humanitarian – solution.

People seeking asylum must be treated with compassion and dignity. I’m proud to be the only candidate whose party is seeking to implement a compassionate and affordable asylum seeker policy that will benefit all residents of Moreton.