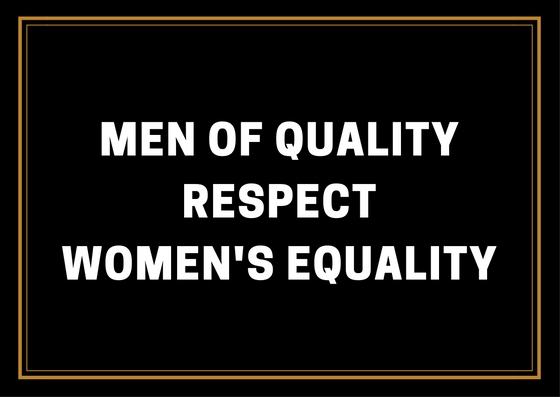 A new Brisbane women’s group, WGFNB (Women Going Forward Not Backward) has just been formed (by myself Elissa Jenkins and a fellow social entrepreneur Emma-Kate Rose) in response to yesterday’s announcement of a men’s only, Brisbane-based co-working space called Nomadic Thinkers. No I will not hyperlink to them.

Apparently backed by six investors, the co-working space has been created by supporters of the men’s rights MGTOW (Men Going Their Own Way) community who believe the modern man needs to “preserve and protect his own sovereignty above all else.”

WGFNB group members and social entrepreneurs, Elissa Jenkins and Emma-Kate Rose, say they started the group and gave it a spoof name as a way to warn financial investors, social investors and business partners that this is not the way to start up a business in the 21st Century.

“At first we thought it was a men’s rights satire piece until we realised it was a real group of young men in Brisbane who are somehow blaming women for the bad behaviour of men,” said Emma-Kate Rose.

“We are calling for a boycott of all the businesses that are borne out of Nomadic Thinker’s co-working space,” she said.

“This is the antithesis of the culture of gender inclusion that both men and women have been promoting and legislating in the workplace for decades.

“This is really old thinking coming from young men,” she said.

Emma-Kate said the group was talking about men losing their identity because they (in Nomadic Thinkers words) used to go to war together whereas “girls” do “rights of passage” better in that we have “tea parties and stuff.”

Currently, in Australia 3 in 4 startups are formed by men, and people are working hard to rectify this gender inequality in business. In response to this problem a women’s co-working space recently launched in Perth to encourage more women in starting up their business ideas.

“True social impact is based on ensuring a foundation of human dignity and opportunity, which is most pressing for underserved populations and those lacking essential resources or services, such as girls and women.

“The MGTOW philosophy, while it’s kind of fun to laugh at, is totally backwards and we’re warning potential investors and business partners not to be fooled by this bizarre new exploit,” she said.

“It normalises behaviours that further divide people rather than seeking mutual understanding.

“If men are so worried about not being able to work around women then they need to get some professional help for their emotional distress, rather than assert misguided ideas that are last century and damaging to future generations,” said Elissa.

“Their backward thinking blog and social media posts would be funny if they weren’t so harmful,” she said.