Being Ahead Of The Curve May Be Admirable, But It Is Painful 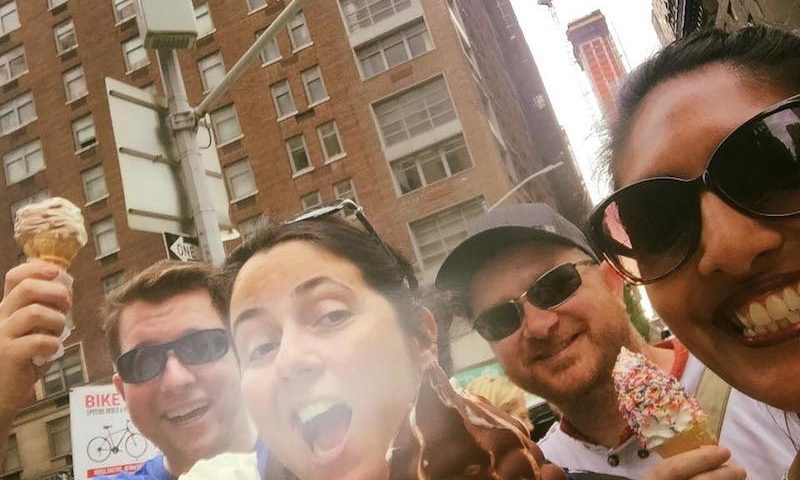 In September 2012 I approached the newly elected Greens Senator Peter Whish-Wilson at a Greens conference and briefly told him about B Corps. I knew about B Corps earlier than most as I sat on this little corporate-community committee in Brisbane that was trying to figure out how to bring B Corps to Australia or get something like B Lab set up in Australia and/or included in federal legislation.

Peter looked at me like a crazy person, like some weirdo nutter who just raised something so foreign, bizarre and confusing that it was beyond fathomable. He fobbed me off kindly, but rather inelegantly. I left the conversation feeling very sad and jaded.

“What was the point in advocacy if my most progressive representative didn’t get it?”

Fast-forward 8 years and Bcorps are now in Australia and anyone interested in sustainable business is totally across the movement. Today, the Australian and New Zealand region is the fastest growing region per capita for B Corps in the world (over 270). I dare say Peter won’t even remember the conversation or realise that I am the first person who first told him about Bcorps. In retrospect, I would say he was simply confused by the “newness” of what I was saying and perhaps didn’t consider me a reputable enough source.

All I know now is that I wasn’t a crazy person. This thing took off!

That’s how I am now feeling about the HAES/Health At Every Size movement. The theory and practice behind HAES is evidence based and science based, and I sit on a Lived Experience Advisory Group to HAES Australia which means I have my finger on the pulse in this area.

Yet every time I mention to someone HAES concepts around the dangers of weight-loss diets and how weight-loss diets don’t actually work for a large majority of people (and that they actually make most people fatter in the long-term) or if I dare tell someone that restricting certain foods can cause you to want them more and result in disordered eating, my commentary is met with crickets and I know the cynicism and judgement is thick.

One of them would undoubtedly be “Why would I take health advice from this crazy, unqualified fat nutter?”

Well, for many reasons but here’s one big one: so you don’t get unhealthier yourself!

I know people think I am a massive weirdo when I talk about HAES. Out there in our fatphobic, corporatised diet culture of a world, we currently have this sexy “intuitive eating” movement which is somehow societally acceptable because it’s based on the desire for thinness and weightloss (that’s the end game), but somehow the desire for learning genuine intuitive eating for health instead of for thinness is still hugely maligned.

My health role models enjoy a range of foods without alluding to guilt when eating them; they NEVER talk about weightloss diets; and they are proud of and have fun with their physical activities, singing the praises of their love of strength and the joy of movement.

My friend Rachael, when attending her super fun, super challenging week-long intensive dance classes where we’d learn two difference dance styles every evening, never once said “Come along! It’s going to be a great week for weight-loss!” She doesn’t post her lyra videos on tiktok saying things like “Look at me making sure I’m staying thin during Covid!” When we met up in New York and all had an icecream together from one of those street vans she didn’t say “Oooh aren’t we naughty!?!?”

My friend Tamyka doesn’t post photos of her donuts on Instagram after completing one of her intense trail hiking thingamis saying “Ooooh yum, I’ve earnt this!” She just goes ‘Yum’ and enjoys the damn donut.

I am sure they have their own food, movement and body anxieties (our capitalist society is literally designed to maximise and prey on these anxieties so very few people are free of them), but these same women don’t force their anxieties onto me nor project them in how they go about their lives. People like that are my health heroes.

I remember when I was single, I had a really crap day at work and I went to the local corner shop and was in the chip isle wondering which packet of chips to buy and this complete stranger said to me “Full of fat and salt. Don’t do it.”

As someone who had massive body image issues at the time, I honestly can’t remember if I left the shop and went home and cried from shame or bought the packet of chips and went home and ate them. If I ate them, I would have eaten them racked with guilt. That much I do know. What I also know is that I was riding my bicycle to and from work every day – and I was extremely healthy at that time in my life. I do remember thinking to myself “Luckily I am not suicidal because that sort of cruel comment could very well have pushed me over the edge when all I probably needed was the comfort of a packet of chips.”

HAES dieticians give you permission to enjoy the comfort and joy of eating a delicious packet of chips without guilt. HAES psychotherapists give you skills on how to ignore cruel, judgemental arseholes. It’s not easy to achieve, but this learning helps my body health and my mind health.

People often feel sorry for or “concerned” for fat people which, after discovering HAES, I find extraordinary because the only reason we feel sorry for ourselves is because of the judgements made towards us similar to the one above. And when we can’t fit into a chair at a restaurant or movie cinema or aeroplane. Stuff like that. End the judgements and increase the compassion – and fat people will thrive.

Minority groups are ruining all the fun.

Yesterday I saw a fat person getting in and out of a campervan, just wandering around doing her thing. I was so inspired. I was like “Oh if she can do that I can!” It’s a dream of mine to travel Australia in a caravan, but sometimes I worry that I will take up too much space in the caravan or my body won’t cope with the challenge. I mean, I don’t know this woman’s story, but her just going about doing her thing was incredibly inspiring.

Imagine how I feel when I see Lizzo strutting her fat vegan self around in a bikini by the pool or on stage or in the kitchen?

Imagine how Mums feel when they see me dancing like a unicorn in front of kids and families, all wobbly armed and fantastic?

Increasingly, I feel genuinely sorry for people who feel the need to restrict certain foods even though they’re not allergic them; who experience the pain and misery of ignoring rather than satisfying their hunger cues; and who hate their own bodies.

I could go on and on … But I am exhausted. I’ve done the work in learning HAES theories, but the responsibility I feel to now educate others through advocacy and activism is painful and exhausting. Do I still blog about it? I don’t know.

No one, except HAES practitioners, give a hoot about the lived experience of fat people and what we think.

I am pretty convinced I am going to stop telling friends and networks about HAES. It’s not my job. Noone is going to listen to me or believe me until the medical professionals start learning about it. And the medical professionals just haven’t heard about it yet. As soon as they read the materials I have read they will understand like I understand it. It’s not rocket science. It’s just not widely accessible or widely known yet.

It hasn’t landed in their lap.

But right now HAES is apparently too radical. I am once again too ahead of the curve, but in this case I am too tired to be a full-time or part-time advocate. Despite the potential to save other adults from misery and suffering, I am just not brave enough or energetic enough to take this fight to my loved ones and personal networks in a major way. It’s too personal. Too painful. There’s no “water off a duck’s back” for me on this. I cannot psychologically cope with being ignored one more time when I post a comment on someone’s weight-loss post or food restriction post about HAES. The bullying online towards fat bodied HAES advocates is relentless too. The online not-yet-HAES-savvy world respects the views of thin bodied HAES advocates only.

Thank you thin bodied advocates for taking this on. I am eternally grateful for your work.

But hopefully in 5-10 years I can observe and celebrate the progress that HAES has made. And you won’t look at me like a weirdo anymore. In the meantime, my focus will be on turning the HAES theories I have learned into my own personal health practice and simply be happy doing that. The fast-growing number of HAES practitioners and professionals can deal with the advocacy side of things.

That all said, it’s likely I will pipe up whenever the idea of weight loss diets for children is put on the table as a good idea. That’s just all sorts of wrong.

And I will continue to proudly role model what it looks like to be fat and happy; espouse the benefits of body neutrality whenever it comes up; and work towards ending the bullying of fat children and the discrimination of fat adults.