Today was a fabulous day. It was a great ‘Walk Against Warming’. I don’t really know how many people were there (1000-1500?), but it was definitely more than twice as many people as last year. I can’t imagine how many people would’ve attended had it not rained. Impressive result and just goes to show the marked increase in interest (and action) from Brisbane folk. Perhaps they had all seen Al Gore’s movie. I don’t really care how people get educated and passionate about Climate Change – as long as they do. 🙂

We met at Queen’s Park in the City where there were a few speeches they couldn’t be heard over the downpouring of rain. An umbrella and a waterproof jacket rather lamely tried to keep me from getting wet. I discovered that ‘I can’t jump puddles’ as I stepped into a gushing gutter of rainwater. At that point it was time to take off the shoes. We walked across the William Jolly. We stopped the traffic. We got honks. We congregated again at Musgrave Park where speeches were drowned out again. Lips were turning blue and people gradually left to find shelter and warmth.

It was great to see young kids as well as high school students. The teenagers in particular provided an added excitement and enthusiasm and FUN which warmed the cockles of my heart. It is nice to contrast this with the more millilant style of protests that are sometimes staged. Promoting it as a ‘walk’ rather than a ‘protest’ certainly offers families and individuals a very real feeling of inclusiveness and community.

It was absolutely wonderful to see so many Greens members out in action. I met at least 20 Greens members from West Brisbane, North Brisbane, Mt Coot-tha, Boonah-Beaudesert, Yeerongpilly, Bayside, Redlands. It was a tremendous presence from The Greens and certainly showed our level of solidarity with and commitment to this particular issue. Nice one!!

One thought on “Wet Wet Wet Walk Against Warming” 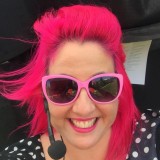